The outstanding George Lynch is a hard rock and metal guitarist best known for his work with the heavy metal outfit, Dokken, and for his solo band, Lynch Mob. Considered one of the most influential metal guitarists of the 1980s, he is ranked No.47 in Guitar World’s 100 Greatest Guitarists of All Time list, and at No.10 in Gibson’s Top 10 Metal Guitarists of All Time. When he’s not recording, writing, or touring, Lynch is creating collector’s art guitars under his Mr Scary Guitars brand.

Born in Spokane, and raised in Sacramento, Lynch began playing the guitar at the age of ten, and throughout his teenage years joined various bands. He moved to Los Angeles in the late 1970s, and formed two bands, Xciter, and The Boyz. By 1980, his abilities on the guitar soon saw him joining Dokken, and fame quickly followed. However, tensions within the band, despite their worldwide commercial success, saw Dokken split and reform a number of times, with Lynch leaving for good in 1997. He would play with the band once, though, when he joined them in 2016 for a short run of shows in Japan. Lynch had also formed his own hugely successful band, Lynch Mob, in 1989, again a group which would split and reform a number of times over the years. But despite these changes, Lynch has proven to be a successful, inspirational and groundbreaking guitarist. He has released numerous solo albums and worked on countless projects over the decades, working alongside some incredible fellow artists both in the studio and live on stage, including Jeff Pilson, London LeGrand, Raven Quinn, Corey Glover, Mick Brown, Robert Mason, and Andrew Freeman.

Lynch regularly connects with his legions of dedicated followers and fans through Twitter, Instagram and Facebook, posting pictures and videos of his life in and out of the recording studio. He also has an official website, georgelynch.com. 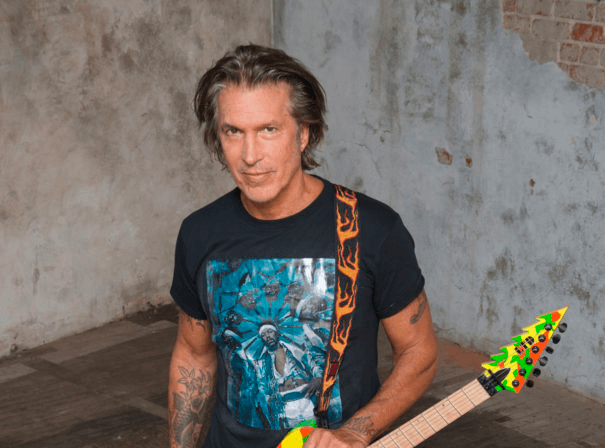