Footballer Gerald McCoy is a formidable defensive tackle who most recently signed for Las Vegas Raiders of the National Football League (NFL). After a stand-out college career at the University of Oklahoma where he earned consensus All-American honours, he was drafted in the 2010 NFL Draft by Tampa Bay Buccaneers third overall. McCoy was one of the Buc’s leading playmakers in his nine years in Tampa Bay, generating 54.5 sacks from his interior defensive line position, and he has a three time First-Team All-Pro. After 10 seasons at the pinnacle of the sport McCoy could have hung up his boots after enjoying a successful career, but in 2021 he announced he had no plans to retire yet and intends to carry on playing at the top level for as long as he can.

Born in Oklahoma City, his talent for the game began to shine through whilst playing high school football for Southeast Spartans, and he was named all-metro, all-state and all-area as a junior in 2004. Ranked as the Number 1 defensive tackle prospect in his class, Rivals.com regarded him as a five-star recruit, and he was recruited by the University of Oklahoma. McCoy became a college star whilst playing for Bob Stoops’s Oklahoma Sooners and was considered one of the top prospects of the 2010 NFL Draft. Later that year he made his NFL debut against the Cleveland Browns with an impressive defensive performance that helped the Buccaneers win the game 17-14.

Not just a star on the field, he has also made his mark in the community as a staple at youth camps around the country inspiring the next generation of athletes. In 2012 McCoy received the Pop Warner Little Scholars ‘Inspiration to Youth’ Award. 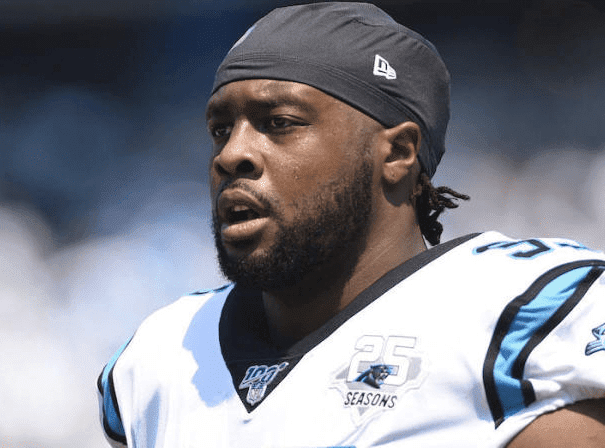