Olympic hopeful Giovanni Coccoluto is a talented laser standard class sailor from Italy who has his sights set on the Tokyo Olympic Games in 2021. A strong competitor who has held his own against the best sailors in the world on numerous occasions, Coccoluto reached the number one position in the World Rankings in March 2017, and clinched the 2019 Hempel World Cup Series Final in Marseille as the young Italian sailing team won the World Cup Series Trophy in Marseille.

Born in Trieste, Italy, Coccoluto first took to the seas as a small child when his father took him fishing. The young sailor saw a small group of 5 or 6 optimists sailing, and decided to try the sport for himself when was 5. He began racing almost straight away, and his first event – the Hannibal Optimist Regatta soon follow, along with his first win at the Alpe Adria Optimist Villach Regatta. In 2009 he clinched the European Laser 4.7 title, and rose to prominence further after victories in the 2010 and 2011 World and European Radial Laser Championships.

Since then, Coccoluto has won countless national and international regattas, and his excellent form in 2017 sent him to the top of the World Rankings. His victory in Marseille at the Hempel World Cup Series Final has shown the rest of the field that Coccoluto is one to watch in Tokyo in 2021. 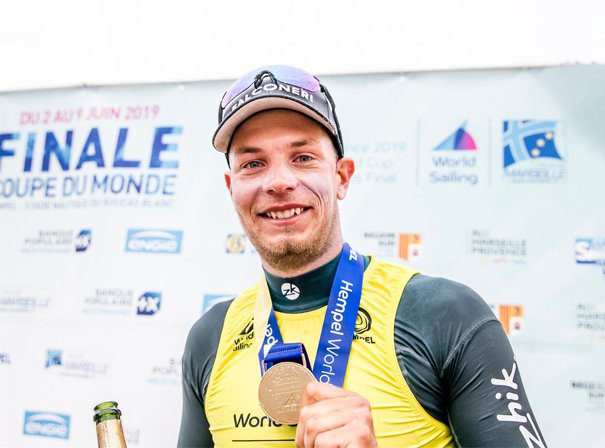