Italian swimmer Giulia Gabbrielleschi has been swimming for as long as she can remember. Today, she trains by swimming for five hours per day. Adept at both pool and open water swimming, her dedication to swimming has seen become internationally successful, winning medals at both the European and World Aquatics Championships. Her first major solo medal was silver for the 10km open water marathon at the 2018 European Championships in Glasgow. She also has two silver medals from the World Championships, both for her role in the relay team.

Gabbrielleschi hails from Piscoia, a city in the region of Tuscany. In national swimming, she swims for Gruppo Sportivo Flamme Oro Napoli-Pistola Swimmers, the local branch of the Italian police’s swimming team and is trained by national coach Massimilano Lombardi. In 2017, aged 21, she made her first appearance at the FINA Marathon Swimming World Series, one of the world’s toughest open water swimming races. Swimming in the Abu Dhabi leg of the series, she finished 9th in a field of 54, only eight seconds behind the winner and nearly 20 seconds ahead of the next finisher, world champion Haley Anderson. Since then she has gone on to compete in many more World Series races, achieving a top ten finish in all of them.

Gabbrielleschi earned her place on Italy’s team for the 2019 World Aquatic Championships in South Korea by taking bronze in the 1500m freestyle race at the national Sette Colli Trophy, proving she’s as strong in a pool as in the world’s oceans. In South Korea, as well as winning silver in the relay, she competed in the 5km open water and 1500m freestyle. In the former, she missed a podium place by exactly one second. However, there’s still plenty to come from Giulia Gabbrielleschi. 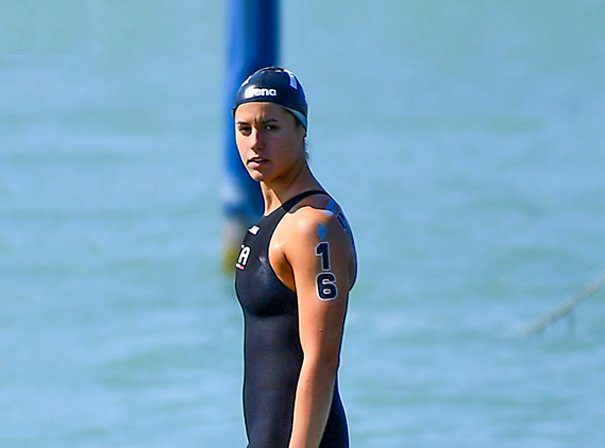