Often seen alongside the biggest names in pop, Giuseppe Giofre is an Italian dancer whose performed on late night television, Dancing With the Stars, award shows, festivals, and even world tours. He’s best known for collaborating with Taylor Swift; so far, he’s danced with her at the American Music Awards twice, at both her 1989 and Reputation world tours, in five of her music videos, and more.

It all started when Giofre began taking dance classes as a kid. He moved to Reggio Calabria to study professionally, specializing in funk, hip hop, and jazz. By the time he was eighteen, he made it onto the reality talent competition, Amici di Maria De Filippi, taking home the dance title and earning a six-month scholarship to study in Los Angeles at the Millennium Dance Complex. At the end of the six months, Giofre landed his first music video placement, working with R.J. and Pitbull. He’d go on to appear in countless other music videos for high-profile artists like Carrie Underwood, Kelly Clarkson, Sam Smith, Demi Lovato, among others.

With this early success, Giofre was invited to join the dance troupe of The X Factor UK, as well as the NRJ Music Awards. Other award show appearances include the Emmys, People’s Choice Awards, and the Billboard Music Awards with Camila Cabello. Meanwhile, Giofre was starting his own musical artistry. He released his debut single, “Break,” on all streaming platforms, before dropping his EP, Call on Me.

For other world tours, Giofre worked with Britney Spears for her Britney: Domination circuit. This was his dream come true, given he has some of Spears’ lyrics tattooed to his ribcage. Most recently, he toured with Jennifer Lopez. Other notable tours include Paula Abdul and The Jonas Brothers. 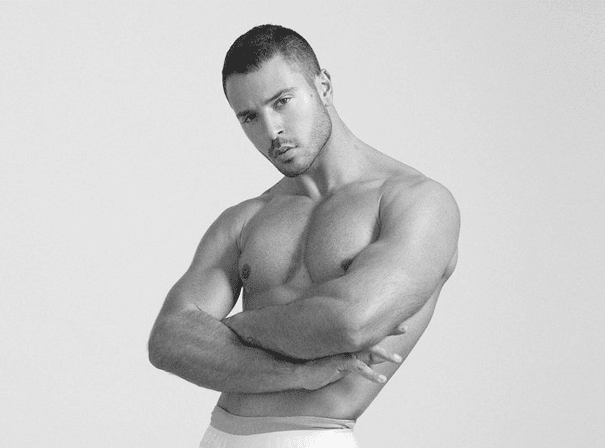