Chef and restauranteur Gizzi Erskine is not only an authority in the world of food, but a talented writer and one of Britain’s best-loved television personalities.

After honing her skills at Leiths School of Food and Wine in London, Gizzi earned a placement at BBC Good Food Magazine, where she began to develop her skills as a food writer. Picking up hands-on experience working as a chef in several London kitchens, Gizzi subsequently set up her own catering company, developing talents that would serve her well as a celebrity chef.

Gizzi went on to present two fantastic series of Channel 4’s cookery show Cook Yourself Thin, and their daytime programme Cookery School. She has also appeared in culinary programming on ITV and Sky One, including the programs Iron Chef and Drop Down Kitchen. A successful and respected food writer, she has been invited by The Sunday Times to contribute a regular feature to their weekly magazine, and has published several best-selling cookery books including Gizzi’s Kitchen Magic, Skinny Weeks and Weekend Feasts and Gizzi’s Healthy Appetite. Not only creative in the world of food, Gizzi is also a noted style icon, known for her retro, 60’s-inspired look and bold fashion choices. 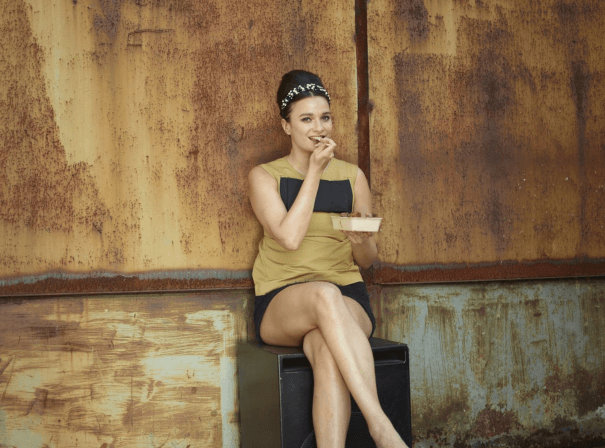