Considered one of the greatest bowlers of all time, Australian native Glenn McGrath is a former international cricketer with a decorated playing career. Making his professional debut for the New South Wales cricket team in 1992, he displayed remarkable right-handed abilities catching the eye of longstanding batsman Doug Walters. He participated in his first Test against New Zealand in 1993-1994 and later won Australia’s 1995 Test series over the West Indies cricket team.

McGrath later moved across seas in 2000 to play for the Worcestershire County Cricket Club in the Specsavers County Championship playing 14 first-class games with 80 wickets at 13.21. His remaining career saw two more team changes playing for the Middlesex County Cricket Club until retiring from the field as a member of Delhi Daredevils in 2010.

Throughout his 18-year playing career he was awarded the Allan Border Medal, inducted into the Australian Institute of Sport ‘Best of the Best’ list, earned the Order of Australia medal for “service to cricket as a player”, won the ‘Player of the Tournament’ award in the 2007 Cricket World Cup, and named New South Wales’ ‘Australian of the Year’ in 2008. He was inducted into the Sport Australia Hall of Fame in 2011, ICC Cricket Hall of Fame in 2013, and the Australian Hall of Fame by the CA in 2013. Alongside his wife Jane, they founded the McGrath Foundation, a breast cancer support and education charity in Australia, and later published a biography. 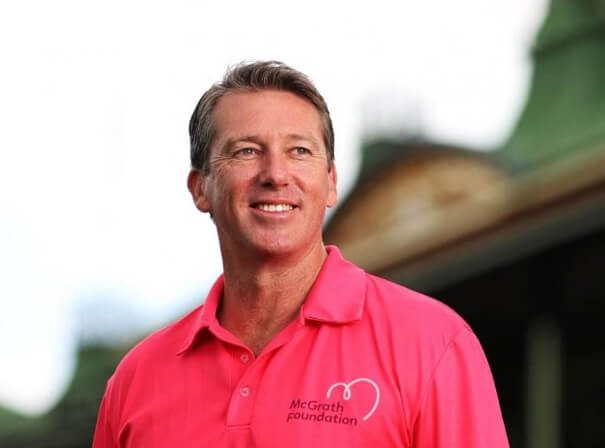