Grayson McCall is an Football quarterback currently playing college football with the Chanticleers of Coastal Carolina University. Since enrolling with them in 2019, he has been instrumental in a major turnaround in the team’s fortunes, taking them from last-place also-rans to their first-ever undefeated season. He has won the Sun Belt Player of the Year Award and been named a First-Team All-Sun Belt player two years in a row; he was named the 2020 Sun Belt Freshman of the Year, and MVP at the 2021 Cure Bowl. Not bad going for a two-star high-school recruit who almost pursued an entirely different sporting career.

Born in December 2000 in the town of Indian Trail, North Carolina, McCall originally showed promise in baseball — when he was 12, he played in a travelling Little League tournament. By the time he started high school, however, McCall had definitively made the switch to football. He did well in his high-school career and attracted offers from four universities and the Army Cadets, but he went with Coastal Carolina, committing to play for them in late 2018.

McCall’s first season with the Chanticleers ended with him redshirting after a couple of games. In 2020, he led the team to their first undefeated season, their first appearance on the AP and Coaches Poll, their first-ever championship, and their first-ever Cure Bowl. Their game that December against BYU (also undefeated at the time) became one of ESPN’s most-watched college broadcasts and has even earned its own Wikipedia page (McCall and the Chanticleers won 22-17). 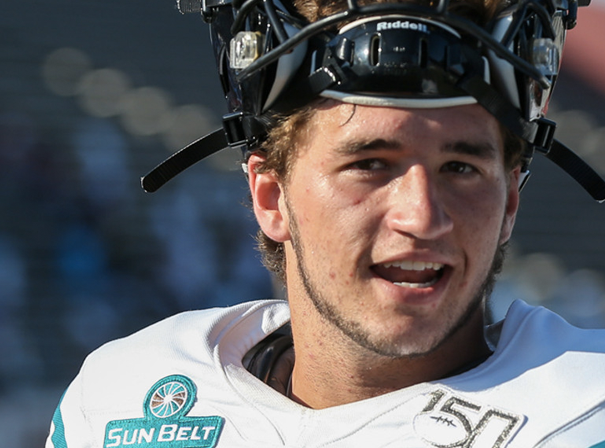