Gregory Michael Luzinski, nicknamed ‘The Bull’, is a retired professional baseball player from the United States. Luzinski was a left fielder who spent the majority of his career with the Philadelphia Phillies (1970–80) before retiring with the Chicago White Sox (1981–84).

Luzinski, who stood 6’1′ and weighed 255 pounds, was a popular Phillie. He was a feared slugger with a high batting average despite frequent strikeouts. During his prime, he hit .300 or higher in three straight seasons, and he was a career. 276-hitting second baseman with 307 home runs and 1,128 RBIs. Between 1975 through 1978, Luzinski was named to the National League (NL) All-Star team every year, with his 1977 All-Star Game home run off Jim Palmer being the highlight. Luzinski was the highest NL All-Star vote-getter in 1978. He also finished second in the National League MVP voting in 1975, when he led the league with 120 RBIs and 322 total bases; and in 1977, when he set career highs in batting average (.309), home runs (39), and RBIs (130).

He was named Designated Hitter of the Year for the White Sox in 1981 and 1983, the seasons in which he established a then-record for most home runs by a designated hitter with 32 and thrice hit the roof of Chicago’s Comiskey Park. Luzinski also once hit five home runs in five straight games, a franchise record at the time. After retiring, Luzinski launched “Bull’s Barbecue” in Section 104 of Citizens Bank Park when the Phillies inaugurated their new stadium in 2004, and he can generally be found there until after the seventh inning for all Phillies home games. Luzinski was honoured by the National Polish-American Sports Hall of Fame in 1989. 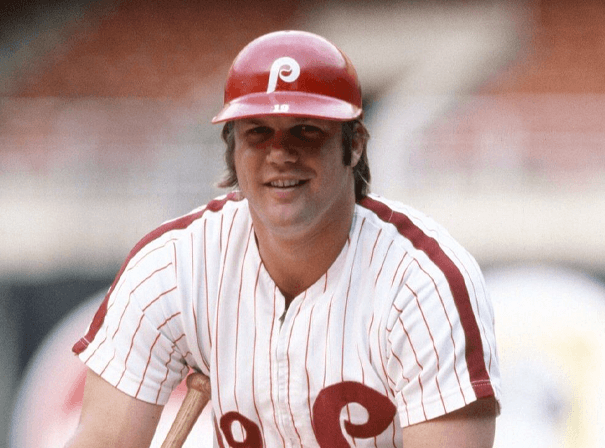