In 2003, NFL player Greg Olsen was considered the second-best tight end in the entire country. This led to a round one draft pick straight out of the University of Miami, putting Olsen on the team for the Chicago Bears. He spent the next few seasons as a popular player who caught more touchdown passes than any other Bears player in history. During his time with that team, he became an alternate for the Pro Bowl. From 2011 to the present, he played with the Carolina Panthers and continued to impress fans with his receptions and rushing yards.

As the son of a cancer survivor, Olsen used his notability to launch the Receptions for Research Foundation, raising funds to help fund cancer research and improve the lives of people suffering around the world: the organization puts on fantastic events such as the world’s largest kickball game, Kicks for a Cure.

When Olsen and his wife found out that one of their twins had a congenital heart defect, the pair developed the HEARTest Yard initiative, serving families who have children at the North Carolina hospital that took care of their son. Both his sports abilities and dedication to such important causes have made Olsen a Walter Payton NFL Man of the Year finalist two years in a row. 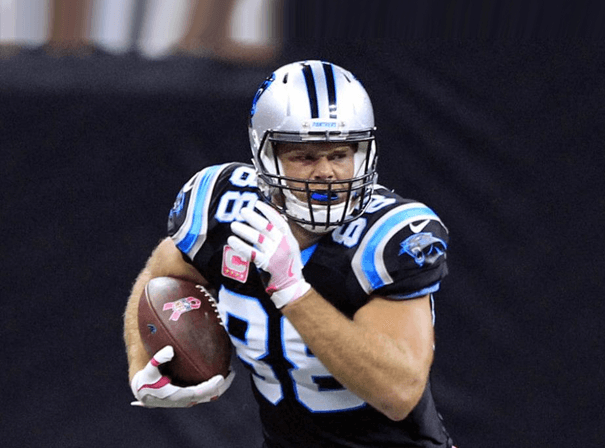