Queensland native Greg Ritchie is an illustrious former cricket player. Ritchie is most renowned for the 30 tests he played, a score of 1690, as well as the three centuries and seven half centuries he managed to get under his belt. Successfully gaining over 6000 runs for Queensland, he was celebrated as one of the seven greatest Sheffield Shield run-scorers for the state.

Ritchie quickly transitioned into a media career with his unique sense of humour dominating not only the radio waves but also some of Australia’s best-loved shows, such as Triple M’s Morning Breakfast Show and Sydney’s Channel Nine Footy Show.

With his love of travel, cricket and golf, Ritchie formed a sporting tour company with Allan Border, Ken Grover and Austin Robertson. Gulliver’s Sports Travel (GST) made cricket and golfing tours more accessible to the common man, and grew exponentially to include a broader range of services globally, such as corporate and retail travel, as well as events management.

Ritchie’s love of golf extended to offer an ultimate golfing experience with his wife Rachel Hetherington; one of Australia’s most celebrated golfing champions. Ritchie and his wife are available for a corporate golf day, either playing a round or staying on the same tee and then joining their guests at the 19th hole to share a wealth of hilarious and thought-provoking stories. All in all, this has made Ritchie one of Australia’s most sought out speakers, engaging and captivating his audiences with his wit, satire and unique brand of humour. 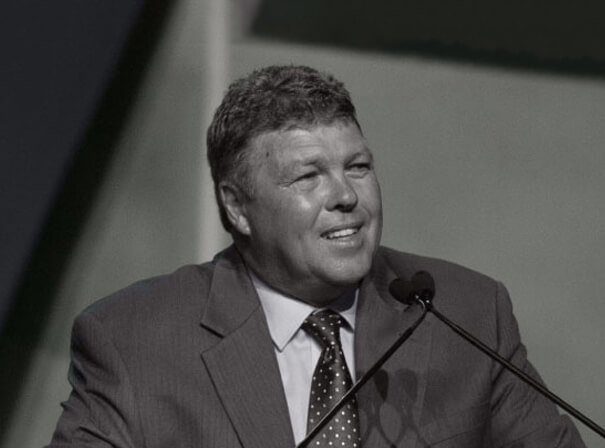