The word-renowned Gregg Ritz is a professional adventure hunter. He is best known for hosting and executive producing the documentary show Hunt Masters on the Outdoor Channel, a programme that chronicles the relentless search for a variety of record book trophies. He is also the President of WildComm, an outdoor marketing and media company.

Born and raised in Maryland, Ritz began hunting as a boy, and by the time he was 12-years-old he was adept at archery. He soon developed his skills as a competitive trap shooter and muzzleloader, earning further attention for his skills in hunting by the age of 16. He attended the Ohio Wesleyan University to study English and Economics Management, all the while continuing to follow his passion for hunting, as well as setting up the university’s first trap shooting team.

After graduating, Ritz became CEO of a commercial hunting preserve, and later of a firearms company. In 2007 he set up his own media company, Wild Communication, to represent top celebrity hunters in the outdoor industry. It also focused on TV representation, licensing, endorsements, marketing services, social media, mergers & acquisitions, and business consulting. He then began hosting and Executive Producing Hunt Masters for the Outdoor Channel, an adrenaline-charged, documentary style show filmed on location across the world’s most scenic and diverse landscapes.

Ritz regularly connects with his legions of followers and fans through Twitter, and Instagram, posting pictures and videos of his life around the great outdoors. He is also available for that personalised shout-out via the Cameo platform, and has an official website, huntmasters.com. 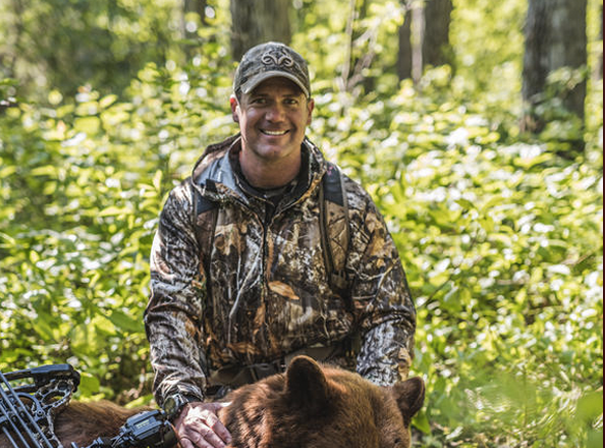