Reality television is a world where careers can fizzle out after a few weeks, which makes Gretchen Rossi’s decade-plus career all the more impressive. Since joining the cast of Real Housewives of Orange Country in 2008, she has rarely been away from our screens. As well as appearing in over 100 Real Housewives episodes and spin-offs, she has competed in Marriage Boot Camp: Reality Stars and appeared on the likes of Undateable, Hell’s Kitchen, and The Doctors. She has also broken into straight acting, with a guest role in Latin American show Mia Mundo among her credits.

Rossi was born in Michigan, but grew up in California and attended college in Texas before moving back to California. Although she had built a successful career in real estate in her twenties, she gave it up in order to support her fiance Jeff, who was battling a rare form of leukaemia. It was at this point that she joined the Real Housewives of Orange County cast, becoming a central part of the show for two seasons. Sadly, Jeff passed away, but his children remain grateful to Rossi for the love and support she gave him.

Despite the pain in her personal life, Rossi’s role on Real Housewifes launched a media career that continues to this day. In particular, she has become a regular on popular daytime talk shows, chatting to the likes of Tamron Hall about her life with new partner Slade Smiley. Together, the couple have branched out into a variety of ventures, including a CBD company, a clothing line, and a podcast called Knot Too Taboo, in which the pair discuss everything from parenthood to celebrity. 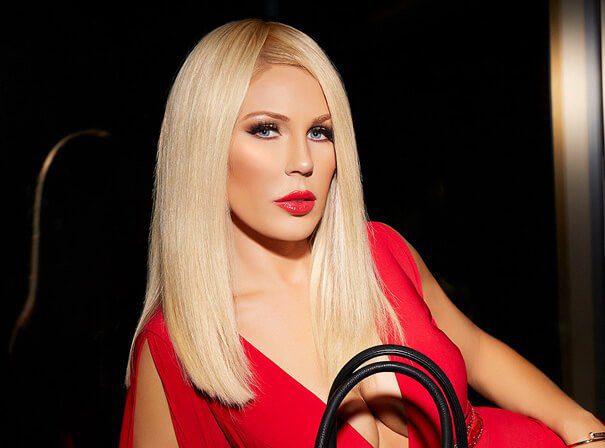