Professional surfer Griffin Colapinto has been admired by his peers for years, with his first big public shot across the bow arriving in 2016 in Haleiwa, when he landed an incredible aerial-reverse in the high-stakes Hawaiian Pro. He followed suit with a runner-up finish at the World Junior Championships, before making the Final of the
Volcom Pipe Pro and start his steady ascent up the Qualifying Series ranks.

In 2017, Colapinto competed in back-to-back Finals at Sunset Beach and Haleiwa, before becoming the first Californian to win the prestigious Vans Triple Crown of Surfing. This was a prominent season for the American athlete as he also finished as the 2017 Qualifying Series champion.

Colapinto’s success is far from incidental. Growing up, his parents ran a surf camp in San Clemente during the summer months, and Colapinto and his brother Crosby were both early embracers of the ocean. They advanced quickly to the nearby Lower Trestles, where they surf regularly alongside many of the world’s best.

In 2016, whilst Colapinto struggled on the Qualifying Series, he sought guidance from former tour star, Jake Paterson. He quickly adopted the nickname “sponge” from Paterson, who relished at how quickly he utilised his input. What’s more, Colapinto’s strong Hawaiian performances are a result of his bond with the highly talented Moniz family, who are strong pillars of the North Shore community. Today, Colapinto is a force to be reckoned with in a variety of conditions, which is why he’s arguably the most feared of the next generation. 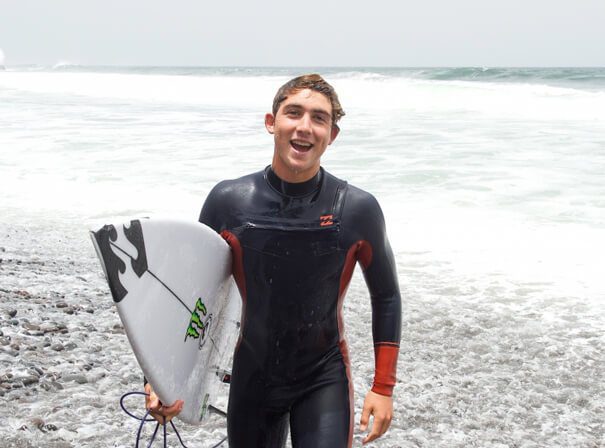