Grigor Dimitrov is an award-winning Bulgarian tennis star whose fame extends beyond the court. He has been ranked as high as number three in the ATP World Rankings, making him the first Bulgarian player to reach the Top 10. His earnings in the game have also placed him among the modern game’s elite. Among his career highlights are victory in the 2017 ATP Finals, semi-final appearances at the Australian Open, Wimbledon, and the US open; two Bulgarian Sportsperson of the Year Awards, two Sports Icarus Awards, and one Balkan Athlete of the Year Award.

Sports are in Dimitrov’s blood. His father was a tennis coach and his mother a sports teacher. He began playing tennis every day at the age of five and turned pro when he was 16. By the time he was 18, he was living in France and training with Patrick Mouratoglou (also known for coaching Serena Williams, among many others). By this time, he’d already won his first European title (a feat achieved when he was 14) and been named as an International Rising Star.

Dimitrov debuted on the ATP Tour in 2008 and eventually entered the World Top 100 Rankings in 2011. His progress was slow but steady, and in 2014, he reached his first Grand Slam semi-final at Wimbledon, knocking out defending champion Andy Murray en route. His next major year was 2017, in which he reached the Australian Open semi-final and ascended to third in the World Rankings. His quarter-final appearance at the 2021 Australian Open showed that he’s still hungry for success. 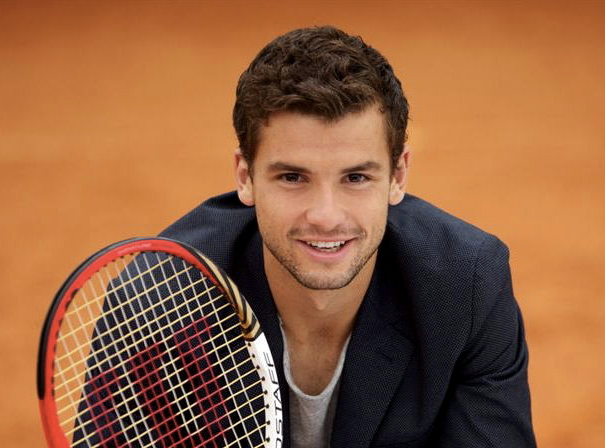