Gus Poyet is one of the most instantly recognisable faces in the world of Soccer. After making his name in Spain with Real Zaragoza, he moved to the Premier League where he would make 187 appearances in total for Chelsea and Tottenham Hotspur. The four-year spell that he spent at Stamford Bridge was the most successful period of his career, and he helped the club win the FA Cup and the UEFA Cup Winners’ Cup.

His international career also spanned seven years: he made 26 appearances for Uruguay and was also an integral member of their 1995 Copa America winning team. In 2001 he moved from Chelsea to Tottenham for £2.2 million. He quickly became a fan favourite and scored 14 goals in his debut season. His efforts also saw Tottenham make the League Cup final, but Spurs were ultimately beaten by the Blackburn Rovers. His second season was plagued with injuries, but he was still able to play a crucial role. Eventually, injuries took their toll on his career and he was forced to retire in 2004.

After finishing playing, he moved into coaching and quickly took on assistant manager roles at Swindon Town and then Leeds United. In 2009, he landed his first managerial position at Brighton & Hove Albion, and in his first season guided the club to the League One title. This success was noticed by Premier League side Sunderland, who he led to the League Cup final. Since then he has taken up roles at AEK Athens, Real Betis and Bordeaux. 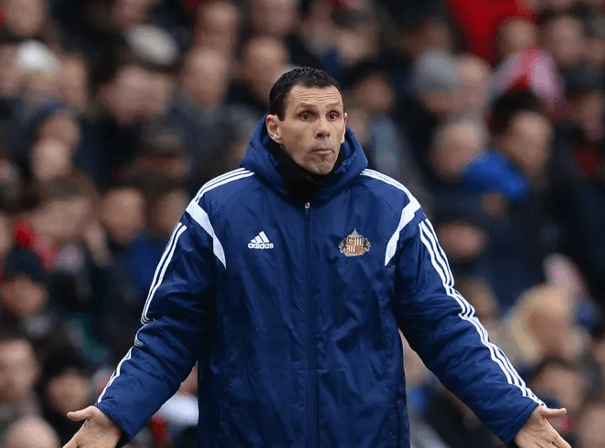