Hailey Choi is a record-breaking American short and long track speed skater who has represented her country internationally at World Championships and the Youth Olympic Games. After building up a reputation as a formidable national champion, she is looking to take her reputation worldwide.

Choi was born in November 2003 and hails from Oakton, Virginia, near America’s East Coast. She won her first national title aged just 11, becoming the 2013/14 Long Track National Champion for her age group. The following season showed that she was a remarkable talent: not only did she retain her national champion title, she also set new long track outdoor national records for the 400m, 500m, and 600m. For the 2015/16 season, she was both long and short track national champion. In 2016/17, she set five new national records for various tracks. In 2017/18, she set another two national age-group records — that’s ten national records by the age of 14. Unsurprisingly, she has subsequently become a member of US national long and short track teams.

In January 2019, Choi travelled to Canada for her first major international event, the Junior World Championships. Competing in three events, her best placing was fifth as part of the women’s 3000m relay team. In January 2020, she travelled to Lausanne, Switzerland for the Winter Youth Olympics. She made the quarter-finals, but a crash involving everyone in her qualifying heat meant she went no further — despite having a better finishing time than the eventual silver and bronze medallists. Choi dusted herself off, and the following month, she was in Italy competing in her second Junior World Championships. 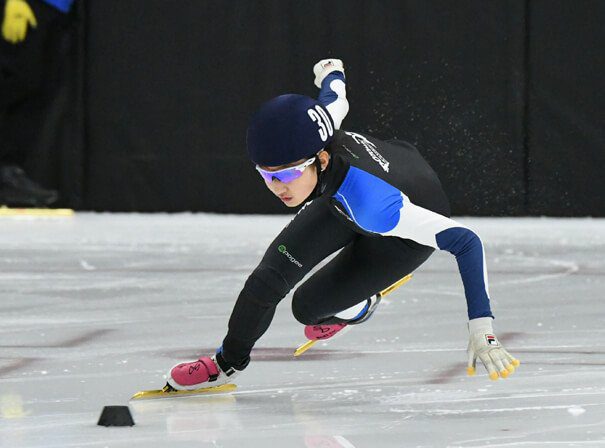