One of America’s top volleyball players, Haleigh Washington is a middle blocker who has seen success at the highest levels of international volleyball. In 2019, she was selected to the FIVB Volleyball Nations League Dream Team as best blocker.

Washington earned numerous accolades in her final season including the Senior CLASS Award and a nomination for the Honda Sport Award. A three-time member of the American Volleyball Coaches Association All-America First-Team, Washington won her first gold medal in international play at the 2018 Pan American Cup. She then saw first-place finishes at the FIVB Volleyball Nations League and the Tokyo Qualification Tournament, as well as silver medals at the FIVB World Cup and the NORCECA Women’s Continental Championship.

Washington started all three matches of the 2019 Tokyo Qualification Tournament, leading Team USA to a 2020 Olympics bid. A 6’3” middle blocker, she was named to the FIVB Volleyball Nations League Dream Team and has played professionally for Volley Millenium Brescia and UYBA Volley. A rising volleyball star, Haleigh Washington is undoubtedly one of the best middle blockers in the world. 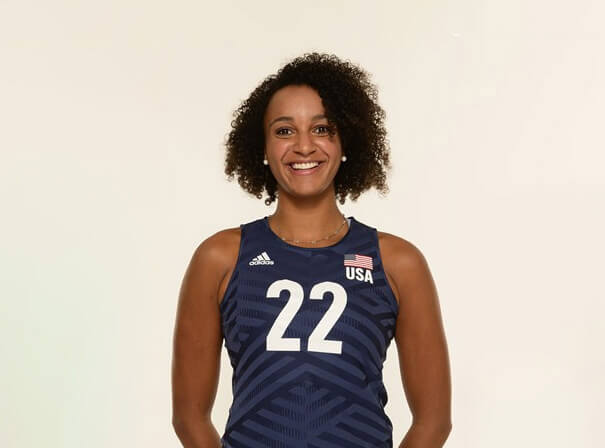