One of the world’s leading open water swimmers is American Olympian Haley Anderson. With five gold medals from major world and international championships to her name, she is Team USA’s representative in the 10km Open Water Marathon at the Tokyo Olympics. At her first Olympics, London 2012, she won silver in the event, despite having made the switch from pool to open water just two years previously.

Anderson took part in her first open water event in 2010, at the US Open Water Championships, and was immediately offered a spot on the national team, paving the way for her first Olympic silver two years later. In 2013, Anderson won the first of her five (to date) medals at the World Aquatics Championships, getting gold in the 5km open water marathon, a feat she repeated in 2015. At the 2019 World Aquatics Championships, she won silver in the 10km open water and bronze in the team event. Anderson’s success in the pool has led to celebrity status, as evidenced by her appearance on Gordon Ramsay’s notorious Hell’s Kitchen show in 2016. 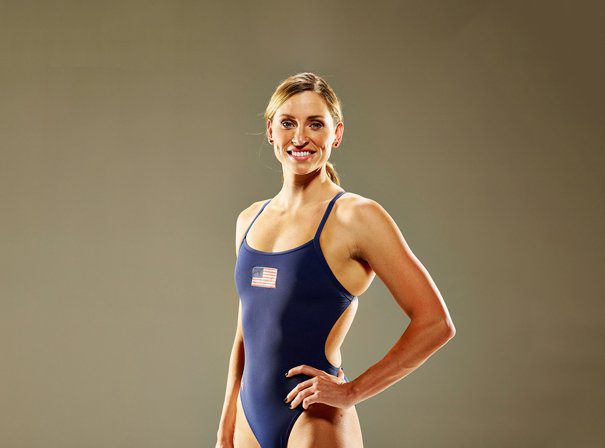