Rising star Haley Cureton is an aspiring model and social media influencer from America who rose to prominence on Netflix dating show Too Hot to Handle. A break-out star of the show, Cureton made waves throughout her time on the programme. During her time on the Too Hot to Handle Cureton saw her Instagram following surge to 613k followers and she has also seen her TikTok account soar to 242.5K followers and more than 2 Million likes since her rise to fame in 2020.

Hailing from Jacksonville, Florida in the USA, the blonde bombshell garnered the attention of viewers after she kissed her best friend on the show, Francesca Farargo, in order to deliberately lose cash from the prize fund. She also shocked viewers when she didn’t know where Australia was – despite majoring in Geography at the University of North Florida, where she is a member of the Zeta Tau Alpha sorority.

Cureton was removed from the retreat by fellow contestant Lana after the fifth episode, but causing controversy on the show worked in the young model’s favour as she left as a fan favourite and with a new army of nearly one million followers across all social media platforms. Cureton has also seen her modelling career take off in spectacular style, and she has already collaborated with leading fashion and beauty brands including Fashion Nova, Shein, Tidal Hair and Maven Beauty. 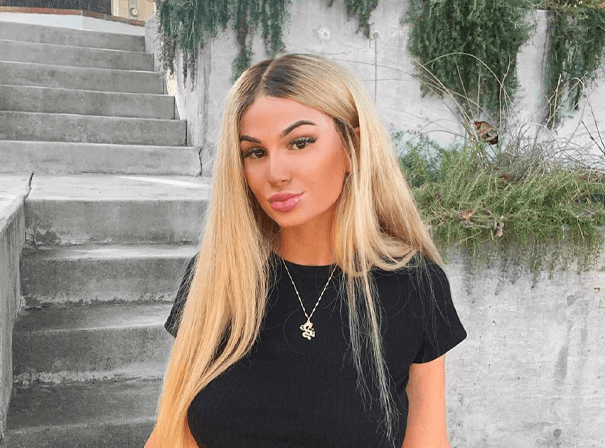