Hamilton and Olivia are two talking Corgis who get into many amusing adventures. They are popular well-loved stars on social media; on Instagram they have 588k followers around the world. The videos of their daily adventures have a large following on Tik Tok and YouTube. They are very cute and they have been given a voice that sounds like a human voice.

They live in Las Vegas with their people Chris and Sarah, Chris’s fiancé.
The two dogs have funny individual personalities. Hamilton made his Instagram debut in 2019. He likes to throw his weight around, loves playing tug-of-war and battling with the vacuum. He is full of mischief and Olivia manages to keep her brother in check although she is smaller. She is a sweetheart who likes a pillow to lean on; her weakness is the doorbell. Their talented creator makes many funny videos that have a large following.

Hammy can be seen making a snack in the kitchen, trying some magic tricks, they may have a fashion show or a debate. The adventures of Hammy and Olivia have been popular in 2020 as people have spent a lot more time at home. Their large following means that they are in demand to work with well known brands, collaborating with many well-known organisations. Their web site also sells a lot of themed merchandise for fans. 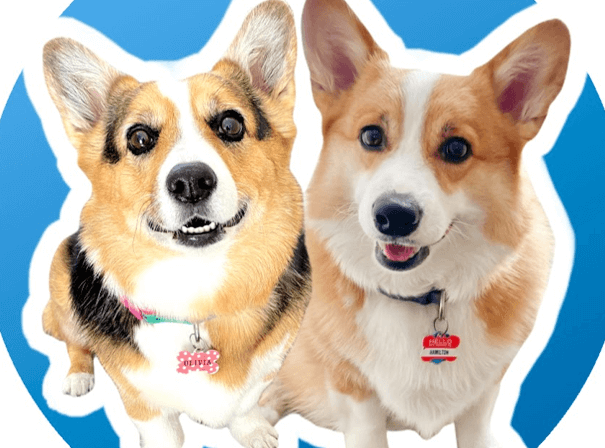