Hassan Hamin Assad is an American professional wrestler best known as his ring name Montel Vontavious Porter – often stylised as MVP. Assad is currently sighted to WWE, where he performs under the Raw brand, and has worked on Total Nonstop action Wrestling and New Japan Pro Wrestling.

Assad is best celebrated for being WWE Tag Team Champion with Matt Hardy and began his career being trained by Soulman Alex G and Norman Smiley. Assad followed this with being signed with WWE and assigned to the Deep South Wrestling, one of the company’s developmental territories. Since then, Assad has returned to the independent circuit, making appearances in Impact Wrestling, Ring of Honour and WWE. Assad has most recently wrestled frequently for the World Class Revolution, a promotion based out of Oklahoma, as well as Oakland’s Hoodslam Wrestling and Alberto El Patron’s new Mexican promotion Nación Lucha Libre.

Assad is also a fully-fledged purple belt Jiu-Jitsu fighter and often competes in competitions held by the International Brazilian Jiu-Jitsu Federation, has released a rap album, had cameos in various movies and is a regular podcaster too. However, Assad’s biggest passion remains being an advocate for prisoner education, and has recently formed The Hurt Business alongside Shelton Benjamin, Bobby Lashley and Cedric Alexander. THe Hurt Business is a professional wrestling stable and looks to be a big part of the wrestling world. 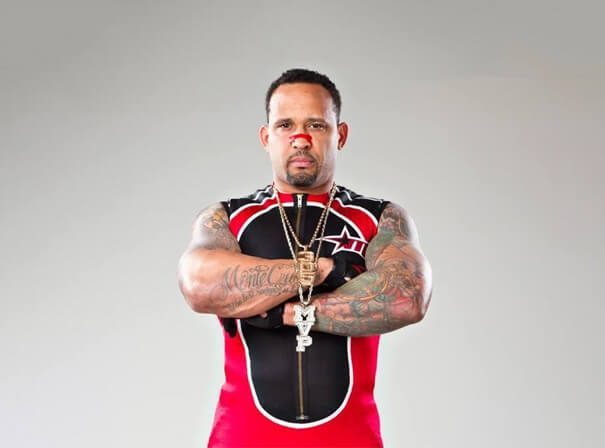