Hayley Wickenheiser is a widely renowned Canadian former ice hockey player and the present Assistant Director of Player Development for the Toronto Maple Leafs. Wickenheiser was famously the first woman to play full-time hockey in a position other than goal and was a member of the national ice hockey team in Canada for 23 years, only retiring in 2017.

She is the points leader with a remarkable 168 goals in 276 games and has represented her country at the Winter Olympics on five occasions, coming home with four gold and on silver medal in the games.

Wickenheiser is considered by many to be the best female ice hockey player of all time and is highly regarded in the sport. In 2014, she was elected to the International Olympic Committee’s Athletes’ Commission.

Wickenheiser began playing ice hockey at a young age, when she used to play on the outdoor rinks in Saskatchewan as a child. Growing up, she played in the boys teams until she was older and moved into women’s ice hockey and at just fifteen years of age she was named on the Canada’s National women’s team for the first time. In the World Championships, she has won seven gold medals and six silver medals. Wickenheiser has been named an Officer of the Order of Canada for her achievements in the sport of ice hockey. 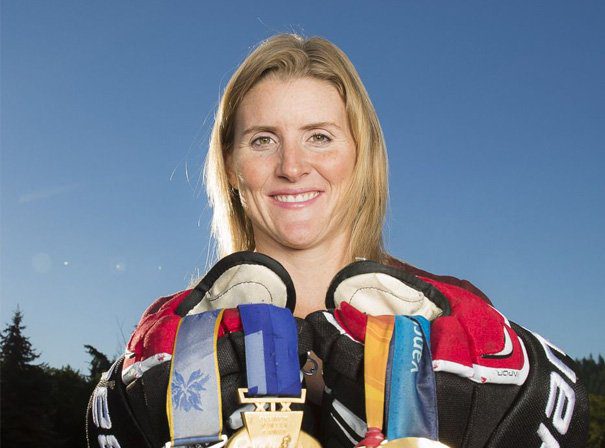