Hazel Irvine has paved the way for women in sports broadcasting. She is the youngest ever presenter of BBC’s flagship sports program, “Grandstand” and has broadcasted for the network for over 30 years. She has reported on every summer Olympics since 1996. Irvine has also reported on the past 5 Winter Olympics and 4 FIFA World Cup tournaments. She presented the opening and closing ceremonies at the 2008 Beijing Olympics and the 2012 London Olympics, notable assignments as over a billion people tuned into the ceremonies. Irvine’s dedication to sports journalism is iconic as she was one of the country’s first female sports broadcasters.

The Scottish sports journalist was a regular contributor to the BBC evening news sports coverage ¬– for 25 years, she reported on golf for the network. In 1996, Irvine became the main presenter of “Ski Sunday,” a BBC Two television show reporting winter sports. She was awarded the Best Regional TV Presenter/Reporter at the 1999 Royal Television Society awards. Then in 2007, she won the Sports Presenter of the Year award. Irvine was an executive producer of “Glasgow ’67; The Lisbon Lions,” a BAFTA Scotland and RTS award-winning 2019 documentary. Year after year, Irvine continues to create meaningful journalistic work that industry professionals see as top-quality.

Irvine has established herself as a trailblazing sports reporter, and now she is a popular keynote and after-dinner speaker. Thanks to her extensive and committed coverage on the BBC’s sports broadcasting team, her legacy will be inspiration for future sports journalist. 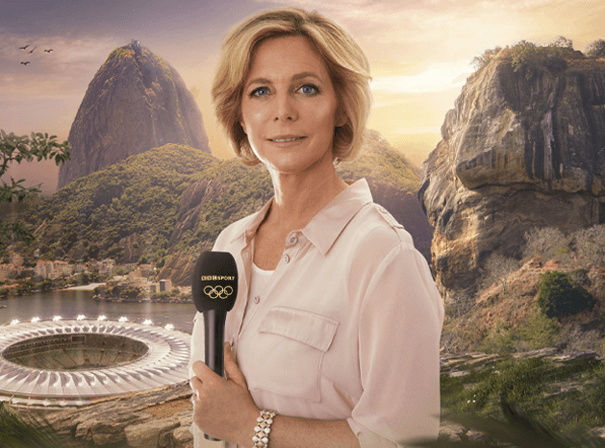