The sizzling, and intelligent Holly Sonders is a Fox Sports on-air talent, TV host, model, and former golfer. She is a sideline reporter for NFL and College Football games and sub host for a number of Fox Sports shows. She has appeared in the pages of Maxim, and also boasts a truly smouldering Instagram feed in which she poses in an impressive array of scantily-clad outfits.

Born and raised in Ohio, Sonders grew up with an interest in golf, eager to follow in her mother’s footsteps, who herself was a professional golfer. By the time she was 14 she had already claimed the American Junior Golf Association and the UTC National Championship. She attended Michigan State University to pursue a career in journalism, while continuing to play gold competitively. She was part of the university team, The Spartans, and led them to victory in the Big Ten Championship, as well as participating in NCAA Regional Tournament and NCAA Championships. However, injury ended her dreams of pursuing a professional golfing career, so she concentrated on sports journalism. After graduating she joined Little Rock as a broadcaster, and then landed a job at the Golf Channel in 2011. She joined FOX Sports in 2015 to cover the golf open, and in 2016 was the event’s studio host. She later moved to football coverage and became a popular fixture at NFL and NCAA games, dishing out insightful takes on FS1 shows such as Undisputed and The Herd.

Sonders regularly connects with her legions of followers and admirers through Instagram, Facebook, and Twitter, posting pictures and videos about her life around sport and glamour. She is available for that personalised shout-out via the Cameo platform, and has an official website, hollysonders.com. 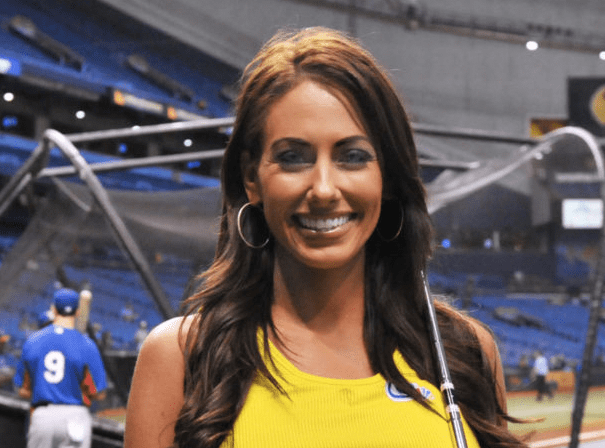