Hugo Calderano is a Brazilian table tennis player who is putting his country on the map with his outstanding performances.

Calderano started playing table tennis when he was a boy, aged just 8 years old. He also played other sports whilst at school, and made it onto the state team for both volleyball and track and field. He left his hometown when he was 14 to go and train with the Brazilian National Team, and by the time he was 15 he was competing in major competitions, being named Brazilian Junior Champion in 2011. More success quickly followed, with Calderano taking gold at the International Table Tennis Federation World Tour Brazil Open in 2013, making him the youngest player to have done so at the time. He has taken home the top prize in the Pan American Cup three times, as well as numerous ITTF World Tour titles across the globe. When he was still a junior player, he took part in the Youth Olympic Games and won the bronze medal, making him the first ever Brazilian player to take home an Olympic table tennis medal. He later went on to compete in the Rio De Janeiro Olympic Games in 2016, coming ninth in the competition.

This trailblazing player was the first Latin American to ever make it into the Top 10 of the ITTF World Rankings, and with his track record at both a national and international level, Calderano looks set for many more years of success. 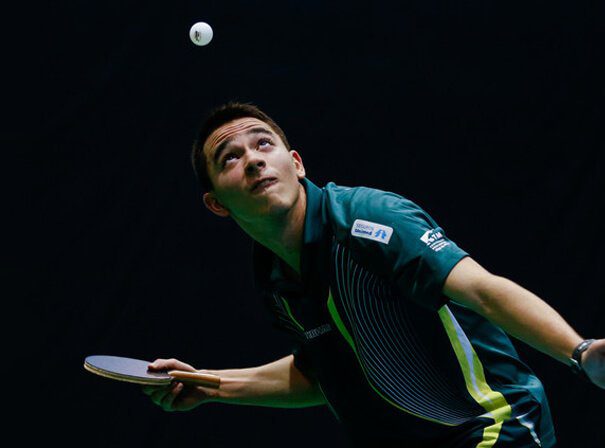