Born in New York, Grushka’s first instrument was the saxophone but he switched to guitar and bass at high school after moving to Coral Springs, Florida. In 1997 he joined local band Inner City Kids as bass player before joining vocalist Jordan Pundik in Flip 60. After Flip 60 disbanded, the pair recruited axeman Stephen Klein and the trio began to jam together in Grushka’s garage, later asking Joe “Taco Joe” Marino to join them on drums. Chad Gilbert joined on lead guitar and New Found Glory was formed.

In addition with his New Found Glory work Grushka has collaborated with a number of other bands, playing bass on the DBY’s Make it Bleed album on the track ‘Cobwebs’ and on several tracks on Andy Jackson And The Mary Tyler Mormons self-titled album amongst others. He has also sung backup vocals for several artists including Anchorman and Lefty.

Away from music Grushka has ventured into acting, appearing in the 2004 film Tales from the Crapper along with the rest of New Found Glory and in several music videos including Good Charlotte’s Festival Song and My Money is On The Longshot by Less than Jake. 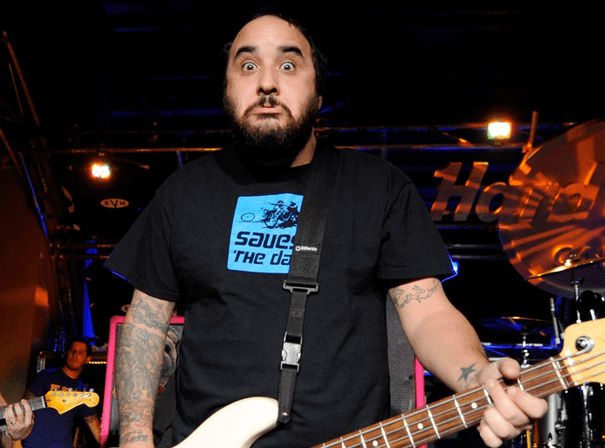