Imogen Heap is a Grammy Award winning solo singer and songwriter from the UK also famous as half of British electronic duo Frou Frou. She is known internationally for her third solo album Elipse (2009) which soared to the Billboard 200 Top Five. Heap has also collaborated with a wide variety of musicians from Taylor Swift to deadmau5.

Born in London, Heap played classical piano as a child before starting to pen her first songs when she was a teenager. After becoming interested in electronica, Euro-pop and alternative pop/rock, she was soon snapped up by Almo Sounds in 1997 and launched her career as a solo artist. Influenced by the likes of Björk, Annie Lennox and Kate Bush, her debut album I Megaphone helped her rise to prominence in 1998. A few years later she began working with Guy Sigsworth – one of the producers of I Megaphone – as part of Frou Frou. Signed to MCA/Universal in 2001, the band’s dreamy, atmospheric sound quickly attracted attention, and the success of their debut album Details in 2002 temporarily put Heap’s solo career on hold. The band found a wider audience when they released follow-up album Let Go, but shortly after they disbanded and Heap began to refocus on her solo career once again.

Her 2005 solo offering Speak for Yourself spawned hit singles ‘Goodnight and Go’ and ‘Hide & Seek’, and four years later she released Elipse, cracking the UK Top 40 and earning the Grammy Award for Best Engineered Album. In recent years she composed the score for Harry Potter and the Cursed Child West End/Broadway play. 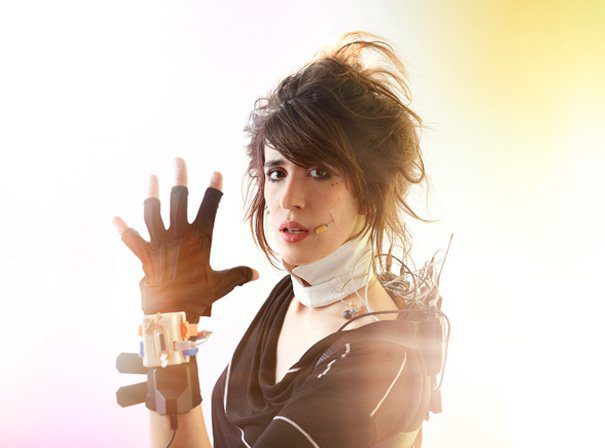