Ishawna Natalia Smith is a rising reggae and dancehall recording artist. A Kingston native, Ishawna sang various genres at a very young age and began performing at school functions and community events. She was influenced by her father, Don Angelo, a Jamaican reggae singer, and recorded her first song at the age of 8. She’s now one of the country’s hottest musical exports, racking up millions of views on YouTube and selling out shows internationally.

In 2006, she was discovered by the artist, Bounty Killer, while performing at Asylum Nightclubin Kingston, Jamaica. Bounty Killer offered to assist her by welcoming her to his group of dancehall artists, Alliance. Two years later, after collaborations with Demarco and Elephant Man, Ishawna started to gain a following. In 2012, she was signed to DownSounds Records by CEO Joe Bogdanovich. Ishawna’s popularity has led her to perform at many festivals in Jamaica, including Reggae Sumfest.

Ishawna workedwith producer, Safaree,on her single,‘Cheerful Giver’, whichwas released in 2015 and receivedairplay on both satellite and terrestrial radio. The song reachedthe Top10 on the Temp Network Cross Caribbean Countdown. Her music video for herhit, ‘MiBelly’, posted in 2017, has gained 5.4 million views. 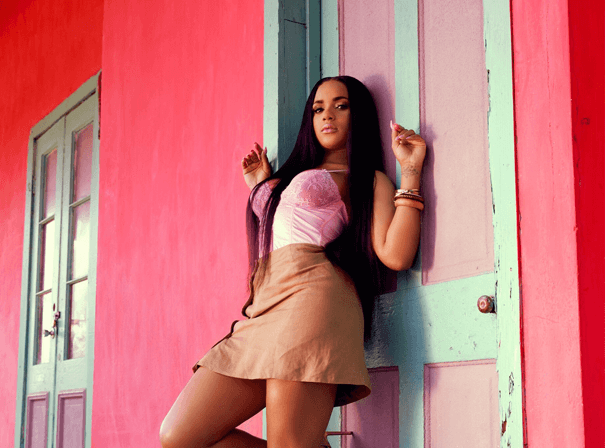