An up-and-coming actor originally from Detroit, Issac Ryan Brown is a performer best known for his portrayal of Booker in the Disney Channel series Raven’s Home. He has also performed voiceover work for several television series and made recurring appearances in Black-Ish and How To Get Away With Murder.

Born in 2005, Brown auditioned for America’s Got Talent when he was just 6 years old, making his voice acting debut on Nickelodeon’s Sam & Cat shortly after. Brown has since voiced characters in Bubble Guppies, Miles from Tomorrowland, The Stinky & Dirty Show, The Owl House, and many more. He voices the lead character in the Disney series Puppy Dog Pals and made several appearances in Family Guy.

Brown has an impressive resume as an actor, appearing in the 2017 film Kings alongside Halle Berry and Daniel Craig. He took on the role of Young Dre in 28 episodes of Black-Ish and appeared in 5 episodes of How To Get Away With Murder. Additional television credits include Devious Maids, Black Jesus, NCIS: Los Angeles, Kim Possible, and The Rookie. He has also appeared in numerous films including Believe and Batman v Superman: Dawn of Justice.

His most iconic role is Booker Baxter in Raven’s Home, playing a prominent character in the series as Raven-Symone’s son. One of the industry’s finest young talents, Isaac Ryan Brown is an actor with an extremely bright future. 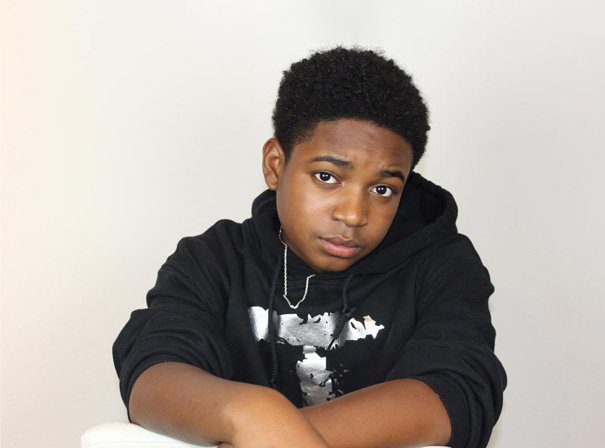