Still only 13-years-old, Jack Jones, is the talented guitarist and backing vocalist in the sensational family teen pop-rock band SM6. He loves sunshine and food, especially pizza and would love to travel back to the 1950s and to live in California. He gets his inspiration from his parents, but is also extremely close to the other members of the band, his five siblings, especially his older sister, Emily, whom he would happily be stranded on a desert island with. His favourite time of the year is Thanksgiving and he loves nothing more than watching his favourite shows, SpongeBob and Stargate, on TV. He is also a big fan of the Transformer movies, and a master at playing Mario Bros.

The youngest member of the band, Jack admits that he is very hyper but when he’s not trashing out songs on guitar, or touring across the American Midwest, he gets rid of his energy by playing outdoors. Refreshingly so for his generation, he is really mystified as to why people are so obsessed with social media, but embraces it all the same, helping to post new band content on TikTok. Indeed, it was through TikTok that Jack and his brothers and sisters shot to fame. Currently they boast some 2.3m followers across YouTube, Twitter, Instagram and TikTok.

Approachable and likeable, Jack is also happy to engage with personal messages on the Cameo platform. 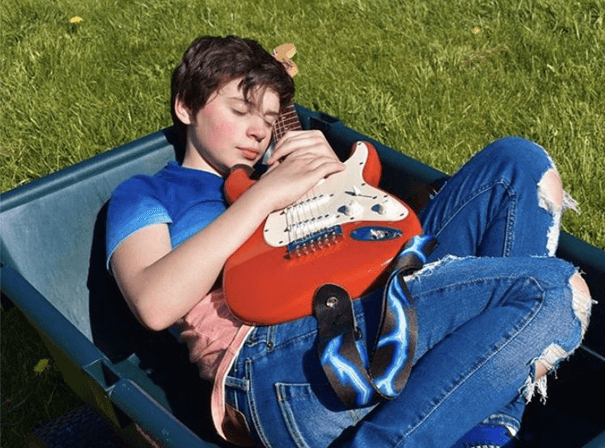