Jacki Jing is an Emmy-nominated television reporter turned on-cam host famous for her work on Anime New Network, IGN, Funimation and Nerdist. Always at home in front of a big crowd, she recently spoke to an audience of 5000 when she moderated New York’s My Hero Academia Comic-Con Panel in Madison Square Garden. Jing also hosted the Rainbow 6 Esports U.S. Nationals – streamed by over 13,000 viewers – at the Penn and Teller Theatre in Las Vegas. Jing was nominated for a prestigious Suncoast Regional Emmy Award for her piece on the tragic death of murder victim Takita Mathieu in 2014.

Jing has conducted numerous interviews and hosted several live red carpets for AAA feature films, and has appeared as an on-camera personality across the US. Jin was a successful DI college athlete, who guided her volleyball team to the NCAA tournament. After kicking off her TV journalism career as an anchor/reporter in WWLP in 2010 she picked up her first award for covering the Basketball Hall of Fame Ceremony.

A truly versatile TV journalist, Jing has covered stories on a vast range of topics, reporting live on the mass shooting at Binghamton’s American Civic Association for FOX News, and covering Robert Durst’s legal battle for ABC in New Orleans. Now in-demand as an on-cam host, Jing continues to bring her professionalism and refinement to all of her broadcasts. 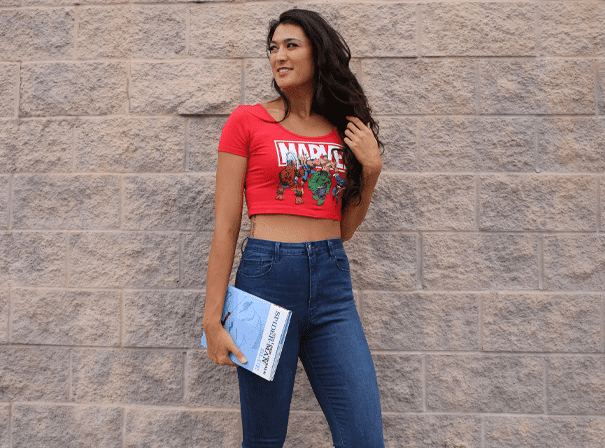