Jake Pitts is an American musician, producer and rock band member. He has been celebrated for his intense and distinctive musical talent, as a guitarist and a vocalist in particular. He shot to fame as part of the rock band Black Veil Brides, of which he has been a member since 2010. The band have been heavily influenced by the genres of glam metal and heavy metal, and are known for their charismatic and wild on-stage personas.

Pitts was born in Pocatello, Idaho. He is a long-time fan of rock and metal, and his early influences included Van Halen, Black Sabbath and Slayer. Interested in the technologies of music production, he studied to be a recording engineer at the prestigious Los Angeles Recording School in 2006. His early experiences in a band were with the groups the Perfect Victim and 80 Proof Riot. He joined Black Veil Brides as their lead guitarist in 2010, and took an active role in producing much of their work.

He has been the recipient of accolades such as the Revolver Gods Award for Best Guitarist in 2012, as well as being named AP Magazine’s Guitarist of the Year in 2013. Outside of Black veil Brides, he has been pursuing other musical ventures, such as the creation of a new band Aelonia with his wife, and working in a producing capacity for other bands. 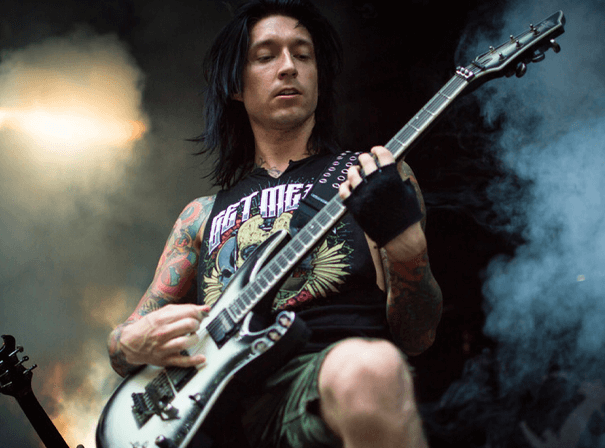