British racing driver Jamie Chadwick is the dominant force of W Series, the all-female racing series. She currently holds the records for the most pole positions, points, podiums and wins in the W Series and has also competed alongside David Coultard in the Race of Champions for Great Britain and has raced in Extreme E. A development driver for the Williams Formula One team, Chadwick has one eye on the future and has set herself the goal of eventually competing in Formula One.

Born in Bath, Chadwick grew up on the Isle of Man and kickstarted her motorsports career in kart racing when she was 11 years old after following her brother into the sport. She began car racing in 2013 and soon won a scholarship for the 2013 Ginetta Junior Championship season. Two years later she was announced as a driver for Beechdean Motorsport in the 2015 British GT Championship and went on to become the youngest ever and first female champion after taking two wins and five podiums with her co-driver Ross Gunn. In 2017 Chadwick moved into single-seater racing and two years later was announced as an entrant for the inaugural season of the 2019 W Series, which she later won. She retained her title in 2021 and has continued to dominate the all-female racing series.

It’s clear that the talented racing driver is ready for the next step of her career and has Formula One in her sights, but she is also aware of the physical barriers that women still face in racing and has spoken about the challenges faced by women racing drivers on several occasions. Her main goal for now is to keep progressing, and she is also looking at American opportunities and potentially Indy Lights. 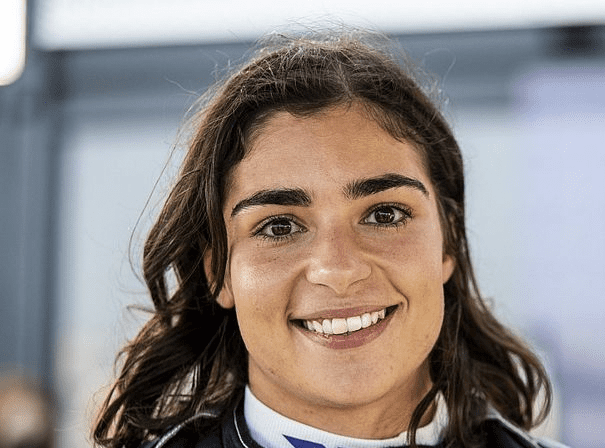