Standout footballer Janine Beckie is one of Manchester City’s rising stars. Born and raised in Colorado, Beckie played varsity football throughout her Valor Christain High School years. She quickly earned a reputation for her speed, thoughtful strategy and team spirit and was named the Gatorade Colorado Player of the Year. Beckie pursued her love of the game while attending Texas Tech University, where she played for the formidable Red Raiders. Shining on the pitch, Beckie became the all-time leading scorer for the women’s team with a remarkable 57 career goals. Fresh from graduation, Beckie signed with the Seattle Sounders, which opened the door to a meteoric career that has no signs of slowing down.

A high scorer, Beckie’s rise through the ranks has been dominated by her positive can-do attitude and pure love for the game. Drafted by the Houston Dash in 2016, Beckie’s debut pro goal was against the Chicago Red Stars. From there, Beckie was traded to Sky Blue FC before transferring across the pond to join Manchester City W.F.C. During her first season with the team, Beckie held the 2018 FA League Cup and FA Cup. Fast forward to the 2019/2020 UEFA Women’s Champion League, Beckie’s not only earned her first start but scored her first hat-trick in the competition.

Internationally, Beckie has represented both Canada and the United States. During her campaign with the Canada U-20s team, Beckie famously scored the game-winning goal against North Korea. As part of Canada’s Olympic team, she scored three goals at the Rio Games and helped the team defend their bronze title from 2012. With other appearances at the FIFA Women’s World Cup and having found a home with the Manchester team, Beckie has a long and exciting career ahead of her. 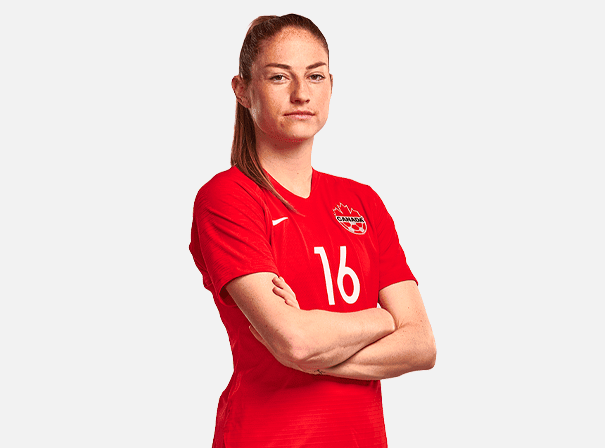