Canadian singer-songwriter and actress Jann Arden is best known for her poignant ballads, Insensitive and Could I Be Your Girl. The former, released on her second album Living Under June, reached number one in Canada and Australia, catapulting Arden to worldwide stardom.

Alberta-born Arden shook up the Canadian music scene in 1993 when she released her critically acclaimed debut Time For Mercy, which featured the hit single I Would Die for You. The following year, Arden released her breakout hit Insensitive. A soulful lyricist, Arden captured the hearts of millions with her heart-wrenching single Insensitive; the song stayed at number one in Canada for three weeks and rose to number 12 on the US Billboard Hot 100. In 2007, Arden performed on tour with fellow-Canadian songbird Michael Bublé and later co-wrote his song Close Your Eyes.

A revered and celebrated performer, Arden has released 14 albums and earned 19 top ten singles over her three-decade spanning career. Amongst countless accolades, Arden has been nominated for 19 Juno awards and has received a star on Canada’s Walk of Fame. Arden’s most recent offering, 2018’s incredibly personal These Are The Days, won her commercial and critical success.

In recent years, Arden has taken on new challenges, including penning several memoirs and an Elle advice column, hosting Being Jann, a CBC Radio talk show, and judging on Global TV’s Canada Sings. Other adventures include performing in the stage production of The Vagina Monologues and the launch of The Business of Life podcast, which Arden co-hosts with Arlene Dickinson. In 2019, Arden appeared in a CTV series based on her life, entitled Jann, which has recently wrapped its second series. A multidimensional performer with a captivating personality, Arden has won a legion of dedicated fans, including almost a million followers across her social media profiles, who are cheering her on as she moves from strength to strength. 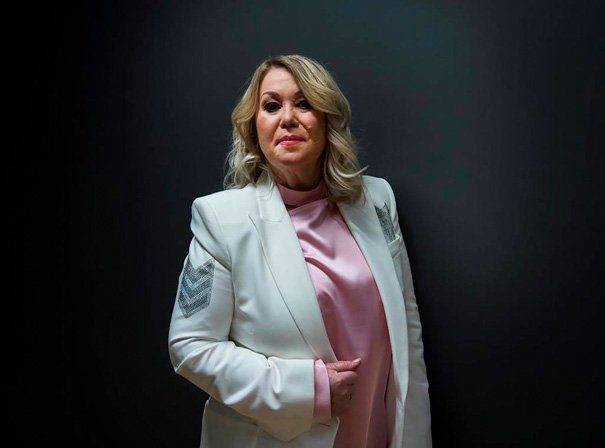