Born in Berchem-Sainte-Agathe, Belgium in 1960, action superstar Jean-Claude Van Damme began his career as a martial artist and bodybuilder, earning the nickname “Mr. Belgium” and achieving a black belt in Shotokan Karate by the age of 18. After taking the first steps to build an impressive physique that would propel him to international stardom, Van Damme moved to L.A in the early 80’s to pursue his dream of a career in film. His breakthrough role came with ‘Bloodsport’, a 1988 martial arts classic and box-office smash that has since become a cult classic. Van Damme quickly gained traction in Hollywood and made a name for himself as a show-stopping lead actor with real martial arts experience, appealing equally to both male and female audiences.

This reputation led to a series of high-profile roles in big-budget action movies throughout the 90’s: titles such as ‘Cyborg’, ‘Death Warrant’, ‘Lionheart’ and ‘Kickboxer’ demonstrated his prowess as a reliable tough-guy lead that could bend his talents to suit a variety of diverse characters. The 90s also saw Van Damme take on two blockbuster science fiction movies, 1992’s ‘Universal Soldier’ and 1994’s ‘Timecop’, the latter of which pulled in over $100 million worldwide and tops the list as the actor’s highest-grossing lead role to date. Since the turn of the millennium, Van Damme has branched out from the action roles that defined his early career, moving into big-budget animation (‘Kung Fu Panda’) and self-referential drama (‘JVCD’) whilst remaining true to his roots as a heroic action lead (‘The Expendables 2’). Not content with staying in front of the camera, the star has also worked as a producer and director, taking the director’s chair for ‘The Quest’ (1996) and ‘Full Love’, an action drama scheduled for release in 2019 and written, produced, edited and directed by Van Damme himself. 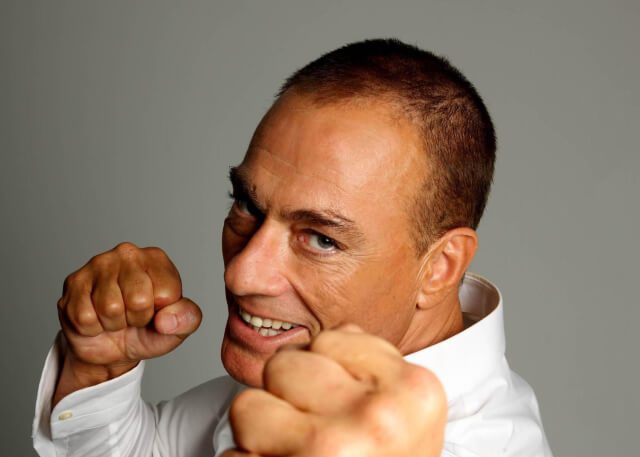