Jeff Pilson is a prestigious American musician, best known for his roles in Dokken and rock band Foreigner, where Pilson plays bass. Pilson started his career working with legendary Jimi Hendrix impersonator Randy Hanson on the album Astral Projection – Live, going on to capture the attention of singer-songwriter Don Dokken who headhunted Pilson to play in his band Dokken. The bassist was a vital member to the band, ending up co-writing several songs such as Just Got Lucky, Alone Again and Into The Fire, all considered Dokken classics. Pilson contributed and recorded on Platinum winning albums Tooth and Nail, Under Lock and Key, and Back for the Attack.

Although Pilson is known as a bassist, he has multi instrumental talent in guitar, cello, keyboards, piano and mellotron, as well as production skills which have seen Pilson work on Foreigner albums such as Live in ’05, Adler’s Back From The Dead, and recent releases from Pilson’s supergroup The End Machine. Pilson has also worked with Dio in the 1990’s, collaborating with various members of the group, working on projects such as for Dio guitarist Craig Goldy’s solo debut album, for which Pilson wrote several songs, as well as contributing lead vocals. In Pilsons dynamically unstoppable career, the musician has contributed and worked with over 12 bands.

Pilson is widely regarded as a rock music powerhouse, even being headhunted to play fictional heavy metal bassist Jörgen in the 2001 film Rock Star, and voicing legendary Johnny Cage in the video game Mortal Kombat, a best-selling game; Pilson truly embodies the energy of 90s Rock music. Pilson is also incredibly interested in passing on his rock knowledge to students, hosting masterclasses on both rock music and meditation, another hobby of the star. 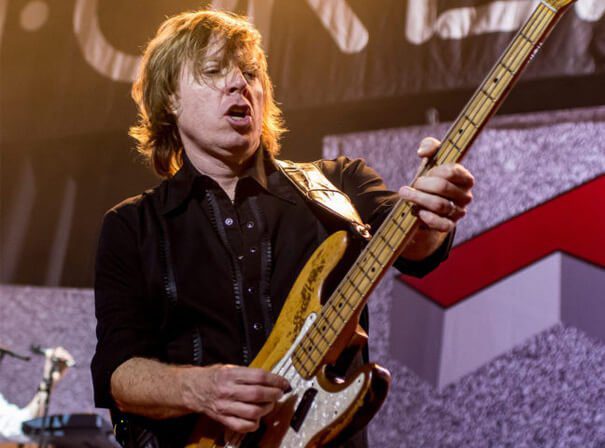