Jeff Stelling is a high profile English sports journalist who is much loved by fans and revered by professionals for his ability to excite and enthuse audiences. Stelling is available for presenting roles as well as after dinner speeches and is widely recognised as the face of Gillette Soccer Saturday for Sky Sports, and is also employed by Sky to front their coverage of the Champions League. Stelling, born in 1955 in County Durham, ha also worked presenting other TVs shows including Channel 4’s quiz Countdown, which he did between 2009 and 2011.

After leaving school, Jeff’s first ever job was working as a journalist for the local Hartlepool Mail and he did so for four years. He got his first break in broadcasting as a reporter with Middlesbrough F.C. on Radio Tees in the late 1970s. After this he spent time presenting on London’s LBC Radio Sportswatch during the first part of the eighties and then worked on Radio 2 for the BBC, again fronting sports programmes, as well as the Los Angeles and Seoul Olympic games. For his continued excellence in the field of sports broadcasting, Stelling has been named as Sports Broadcaster of the Year for five successive years by the Sports Journalists’ Association. Jeff Stelling also gives time over to charity, has completed the London marathon and has climbed Mount Kilimanjaro raising money for the children’s charity The Finlay Cooper Fund. Should you be looking for a fine sorting personality and accomplished broadcaster for your TV or radio show or function or event, he is a brilliant choice. 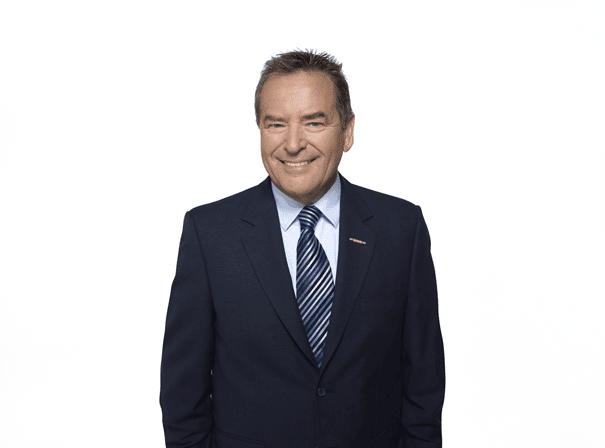