Jennifer Batten is a world-class guitarist best known for her collaborations with Jeff Beck and the legendary Michael Jackson. With over forty years as an instrumentalist, it’s no wonder Guitar Player Magazine put her in their “Gallery of the Greats.”

Batten taught at the Guitar Institute of Technology until her audition for Michael Jackson. She beat out over a hundred other guitarists, leading her to play three of Jackson’s world tours during the height of his fame. Not only did Jackson feature Batten in his music video, “Moonwalker,” but she played at one of the biggest musical performances of all time: The 1993 Super Bowl Halftime Show. It was considered a pivotal performance for the Super Bowl, reaching over 1.3 billion viewers in over 80 countries, which was more viewers than the actual football game. After Jackson’s passing, Batten performed in a tribute concert, “10 Years Without Michael Jackson.”

With Jeff Beck, she toured for three consecutive years, and she also did session work, appearing on his albums You Had It Coming and Who Else!. Beck also featured Batten in his music video, “Live In Japan.” Batten’s other collaborations include Doda, Chicago’s Bill Champlain, Natalie Cole, and countless others.

Additionally, Batten is a solo artist with three studio albums to date. Her debut, Above Below and Beyond, was produced by Stevie Wonder’s former guitarist, Michael Sembello. She’s even done a guitar residency with Cirque Du Soleil. These credits earned her a “She Rocks Icon Award.”

Outside of performing, Batten’s released three online guitar courses, and she’s published two music books (one in association with Hal Leonard). Now, she continues to perform, and she speaks at seminars around the world. Her most recent TED-style speech is “Self-Empowerment for the Modern Musician.” 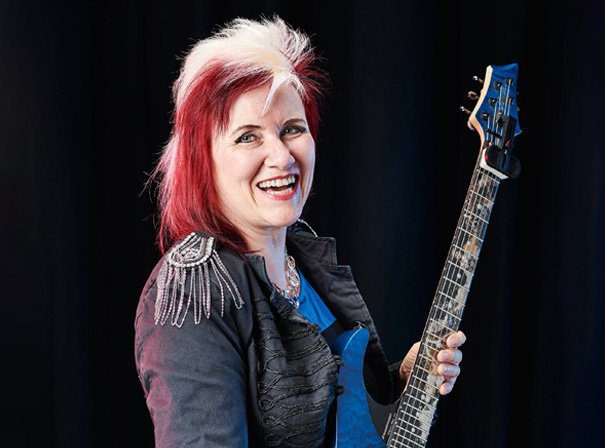