Jennifer Hawkins first came to prominence in 2004 when, after being crowned Miss Universe Australia, she won the title of Miss Universe, introducing her to a worldwide audience of 800 million viewers. Since then, she has established herself as a force to be reckoned with: she has a successful TV career, is a sought-after ambassador for numerous brands and causes, runs two fashion and cosmetics lines, and has a wide-ranging property portfolio.

Born in New South Wales, Hawkins began dancing at the age of 5 and dreamed of becoming a performer. Aged 16, she won a national dance competition and went on to work as a choreographer for a dance troupe that toured the country. She also performed as a cheerleader for local rugby and basketball teams and worked as a model, the latter job leading to her being entered for Miss Universe Australia. After shooting to world fame as Miss Universe, Hawkins returned to her native country, becoming a presenter for long-running travel show The Great Outdoors. She has also hosted several shows, including Make Me a Supermodel and the final three seasons of Australia’s Next Top Model. She endeared herself to a wider audience with appearances on the likes of Dancing with the Stars and Celebrity Deal or No Deal.

As a brand ambassador, Hawkins has worked with the likes of Range Rover, Pepsi, and Myer, a major upmarket Australian department store. She also works as a spokesperson for various HIV and AIDS charities. As a businesswoman, she has developed two successful brands: Cozi, a swimwear line, and JBronze, a range of tanning products. 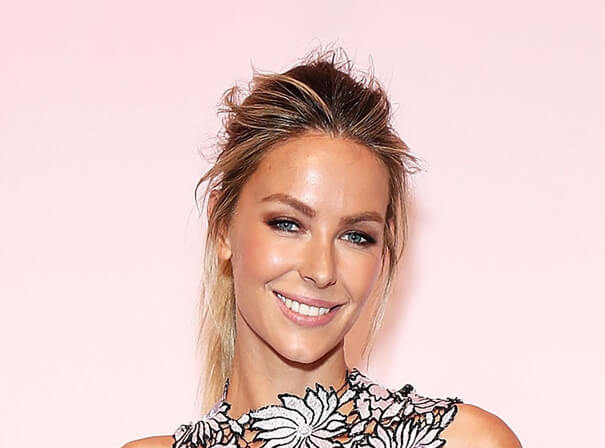