Petrolhead, public speaker and cult figure among female racing fans the world over, Jennifer Jo Cobb is a professional stock car racing driver and team owner who competes full-time in the NASCAR Gander RV & Outdoors Truck series, and part-time in the NASCAR Whelen Euro Series. She is also the founder of Driven2Honor, Inc, a not-for-profit organisation that sets out to honour, inspire and empower the USA’s female military members.

Growing up around car racing, it was only a matter of time before Cobb followed in her father’s tire tracks and she took to the sport like a natural. She began racing competitively aged 18 at the Lakeside Speedway and it wasn’t long before she took up driving professionally. She made her NASCAR debut in 2004 in the Busch Series. It was a struggle at first, being a female racer in a male-dominated sport, but her skill behind the wheel soon garnered her a massive fan following. Then in 2006, she came up with the inspired idea to launch her own clothing line for female race fans, Driver Boutique, using the profits to advance her racing career further. Her popularity grew and grew, and in 2010 she became the highest female points finisher in NASCAR’s history. A year later she finished sixth in the Truck Series, making her the highest finishing female in that competition’s history, too.

A truly inspiring leader, motivator and speed freak, Cobb regularly updates her legions of fans via social media, posting about her racing and personal life with her husband, the former racer and now crew chief, Eddie Troconis, on Facebook, Twitter and Instagram. 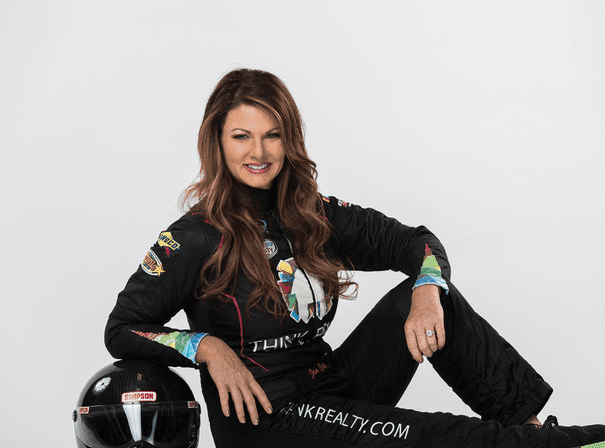