Jenny Cavnar is an American sports broadcaster mostly recognised for her live reporting for AT&T SportsNet.

She grew up loving sports and knew from a young age that she wanted to navigate towards the sports world as a career. It wasn’t long before she realised that opportunities for women in sport were limited and that jobs for women in sports reporting are usually limited to sideline reporting and studio reporting. The higher profiled jobs doing television or radio play-by-play of major sports were held almost exclusively by men. But this wasn’t going to get in the way of Cavnar achieving her dreams. She spent four years as a sideline reporter for both San Diego Padres and Colorado Rockies broadcasts and working her way into a job doing studio analysis for Rockies TV broadcasts at Cox Communications, Channel 4. She made history when she became the first female in National League history to do radio play-by-play for a Rockies game. Adding TV play-by-play was the final piece on her baseball broadcasting bucket list, which she was able to accomplish in the same season.

She graduated from Colorado State University with a degree in B.S., Business Administration and B.A. Communication Studies in 2004 and was also the captain of the Lacrosse team. Aside from sports, she is an advocate for Family Tree, a foundation that helps those that have suffered domestic abuse. She’s a very altruistic and compassionate person and her work with the trust cements how giving she is. 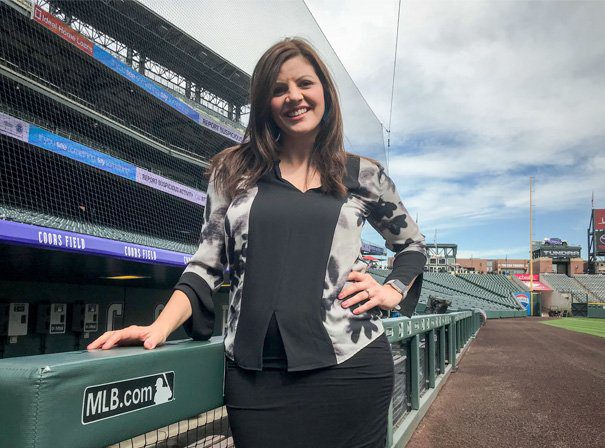