With an incredible seven Supercross titles- something no other racer in Supercross history has even come close to- Jeremy McGrath is a racer to be reckoned with. This skilled rider has achieved so much over the course of his career, including two additional 125 Western Region Supercross Championships, one 250 Outdoor National Championship, two FIM World Supercross Championships and a record 72 250cc Supercross wins, not to mention his other career as a professional of road truck racer. McGrath has been credited with managing to bring the sport of Supercross into the mainstream and has also hosted his own invitational supercross event.

Not only is he a formidable racer, McGrath is also a canny business man, and has branched out on the success his racing brought him into many other avenues. He created his own Supercross team, debuting in 2001 and gaining sponsorship from the international brand Mazda, and later from Bud Light/ Anheuser-Busch. McGrath also has his own line of toys- working with the globally recognised brand Mattel to produce a collection of radio controlled motorcycles, action figures, a replica motocross track, as well as a McGrath line of childhood staple Hot Wheels. McGrath also has his own line of signature shoes- the nac-nac from No Fear, and alongside kids TV giants WB, he released a programme called Max Steel, featured an animated superhero version of McGrath himself, providing the voice work, and built his own production company, titled Clutch Films, producing motocross industry films such as Relish, New Blood and Techniques Of A Champion. He also penned a bestselling autobiography, titled Wide Open, which enjoyed time on the New York Times Best Seller List, and is the co-owner of Pole Position Raceway, South California’s largest indoor public carting facility. 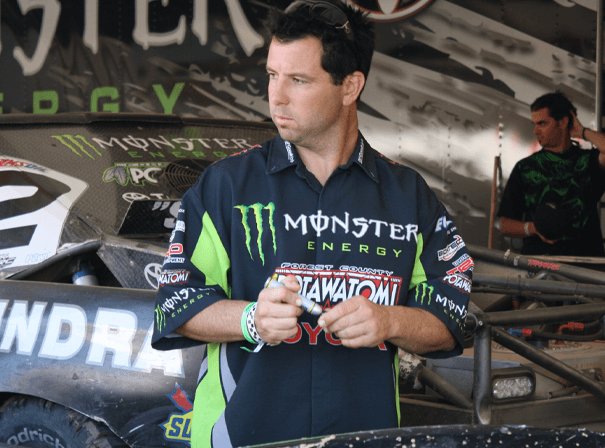