American musician Jeremy Popoff is best known as one of the founding members of Lit, the pop-punk group who scored worldwide hits in the late ‘90s and early ‘00s with the likes of ‘My Own Worst Enemy’, ‘Zip-Lock’, and ‘Miserable’. The band are still active today, and in 2020 Popoff and his brother and fellow Lit founder A. Jay formed The Popoff Brothers, releasing their debut track ‘Sons of Daughters’ that May.

Hailing from California, Popoff founded the first incarnation of what would become Lit in the late 1980s. The band’s line-up and name evolved over the years as they became Strate Lace, then Razzle, then Stain. As Stain, they signed a record deal in 1994, but soon changed their name to Lit. After the release of their debut album in 1997, their independent label went bust. Unbowed, they kept writing and were soon picked up by major label RCA. Their second album, A Place in the Sun, was released in early 1999 and became their breakthrough, eventually being certified platinum. The album’s lead single, ‘My Own Worst Enemy’, became a huge hit worldwide and won the Billboard Award for Biggest Modern Rock Song of the Year. It can still be heard on the soundtrack of numerous shows and films today.

Lit have since released several albums, including Atomic, The View From the Bottom, and These Are the Days. In 2020, they released their first live album, Live in NY ’99. Along with his brother, Popoff remains at the heart of what the band is about. 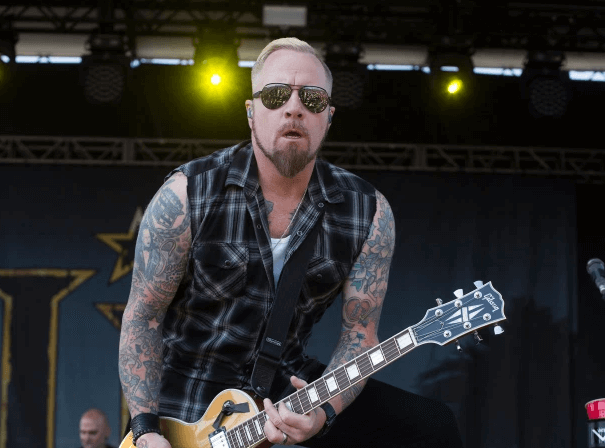