World renowned for his incredible waist to shoulder ratio and aesthetic body, Jeremy Potvin is an IFBB Men’s Physique Pro and currently one of the best in the sport. Potvin – a former U.S. Army veteran – clinched third place at the prestigious Men’s Physique Mr. Olympia in 2016, and in June 2018 he graced the cover of Muscle & Fitness magazine.

Born in Fort Lewis, Washington in the US, Potvin grew up in a patriotic family and decided to join The U.S. Army. Potvin only began bodybuilding whilst stationed in Iraq as a way to relieve stress and forget about the more difficult aspects of life in the army serving in hostile situations. From that moment on, bodybuilding became a habit and a passion for the young athlete and he began to train daily. After returning to the US from Iraq, he began to focus on optimum nutrition and improved his training, and began to see his body change dramatically through his years of hard work and dedication.

Potvin began to take part in local competitions, quickly rising through the ranks. In 2016 he took part in the 2016 Men’s Physique Mr. Olympia, finishing in an impressive third place amongst the best competitors in the world. Potvin believes the courage and discipline he learnt in Iraq helped him to stay focussed and overcome the mental struggles of the competition to clinch the bronze spot. 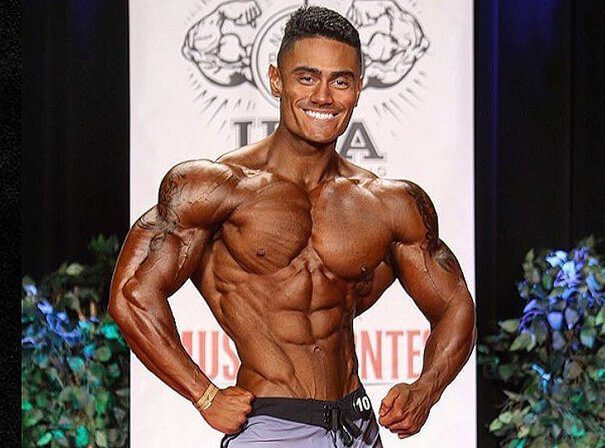