Self proclaimed “Wander Woman”, Jessica More is an adventurous spirit with a love of travel and exploring the world. Best known for appearing on the nautical reality series, Below Deck Mediterranean, Jessica has grown to be a social media influencer for positivity and change, being a huge advocate for mental health and normalising talking about it. Growing up in Florida and Southern California, Jessica started surfing at an early age and immediately fell in love with the ocean.

Before working on yachts she held a variety of jobs, all of which she excelled at, including bartending at a Las Vegas strip club, working in the LA music industry, and even a stint in real estate. However, Jessica couldn’t deny her calling back to the ocean, and before long she decided to sell all her belongings and set off on her first charter. The ocean queen has always seen yachting as a way to escape the stresses of day to day life and relieve her anxiety, something she talks about very openly hoping to inspire others to do the same about their struggles.

Jessica joined the Below Deck cast for it’s 5th season, working as a stewardess on the superyacht, The Wellington, as it sailed around the beautiful coasts of Spain. She was best known and loved for her laid-back and calm presence on the show, easily handling any drama thrown at her. Since then she has continued yachting in Florida, as well as founding Exhale Anxiety, a daily prompted journal designed to help discover and track anxiety triggers in anyone wishing to work on their mental health. 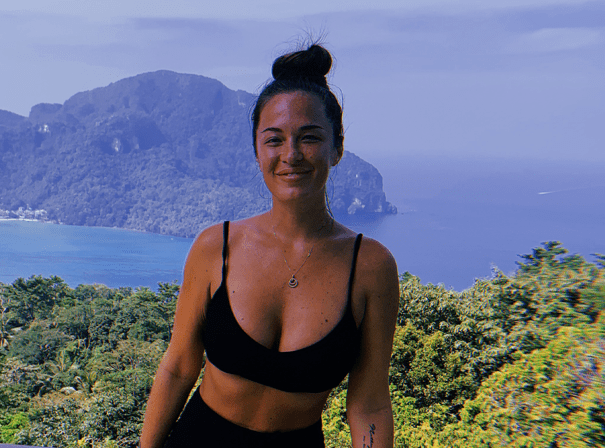