Jesus Ortiz Paz is a Mexican singer best known as the lead singer of the popular group Fuerza Regida, an almost uncategorisable four-piece whose music has taken Mexico by storm and is also making a big impact on the American charts. The group are insanely productive, having released an incredible eight albums in three years. Their second album, 2019’s Del Barria Hasta Aqui, entered the Regional Mexican Charts at number one, and they have also made several other US Billboard charts, including Top Latin Albums, Hot Latin Albums, and Regional Mexican Airplay. Perhaps their most popular song to date is 2018’s ‘Sigo Chambeando’, which has been streamed a mind-blowing 300 million times on YouTube and Spotify alone.

Ortiz helped to put Fuerza Regida (which translates as “strength”) in 2015, originally to perform covers of their favourite songs. They began playing parties in their local area and soon began writing their own material. Slowly their fanbase grew, and after two years of graft, they went viral with an original track called ‘Radicamos en South Central’. The tune was uploaded to Ortiz’s personal YouTube channel and blew up. It caught the ear of Ramon Ruiz of Californian “norteno” group, Legado 7, who helped them to land their first record deal.

Since then, the group have barely stopped for breath, recording and touring incessantly. Ortiz also maintains his popular YouTube channel (which boasts nearly 650,000 subscribers), augmenting Fuerza Regida videos with inventive content — a video of him crossing the Mexico/US border during Donald Trump’s presidency has over 1 million views. 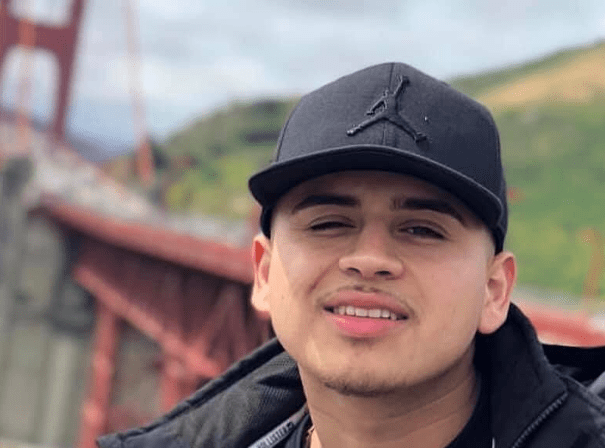