Three-time New England Patriots Super Bowl Champion Joe Andruzzi is a standout athlete, father and cancer survivor. He has dominated the football field, overcome formidable adversity and is still here to tell the tale. During his college years, Andruzzi was an All-Star player for the Southern Connecticut State University. There he played every position on the starting line, started all four years and led his team to phenomenal victories during his captaincy. In the mid-nineties, Andruzzi was picked up as an undrafted rookie by the Green Bay Packers before taking his A-Game to play in NFL Europe. After a three-season stint with the Packers, Andruzzi made a career move that would define the rest of his days on the pitch with the Patriots. The rest is history.

A stellar sportsman, bursting with courage and a definitive NFL player, Andruzzi was awarded the Ed Block Courage Award to recognise his impact on the game. Not long after, Andruzzi was honoured with the first Ron Burton Community Service Award. Then tragedy struck. Diagnosed with non-Hodgkin’s Burkitt’s lymphoma, Andruzzi was delivered near to hopeless news from the doctors. After extensive chemotherapy at the Dana-Farber Cancer Institute, Andruzzi spent the following year in recovery.

After his personal journey with cancer, the Andruzzi family set up the groundbreaking Joe Andruzzi Foundation. The organisation is committed to supporting and offering financial assistance to patients and their families and funding pediatric brain cancer research. Andruzzi’s exemplary work was awarded the Man of the Year award from the Water Camp Football Foundation. As Andruzzi continues to educate, provide valuable resources and raise cancer awareness, he is building a lasting legacy of work. 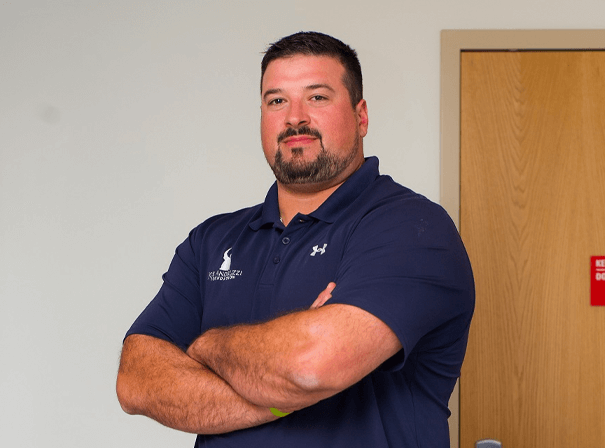