Multi-talented Joey Suarez is a LGBT dance/pop musician, former model, actor and creator of fashion line Ravers Fantasy. His first two tracks ‘High in the Sky’ and ‘Love Me back’ racked up hundreds of thousands of streams on Spotify, an impressive feat for an independent LGBT musician. He is well known for his collaborations with rising singer and producer Jaki Nelson, and the pair has released three singles together (‘The Sufflez’, ‘Never Coming Down’ and ‘Changing History’) and a collaboration album The Sufflez. Suarez is also taking the world of social media by storm, with close to 90k followers on Instagram and 66.3k followers on TikTok with over half a million ‘likes’. The young talent has become a hugely popular performer at New York City Pride performing at the event two years in a row.

There’s no doubt Suarez has a bright future ahead of him, but he has a dark past behind him. Abused by his grandfather for 6 years as a child, Suarez opened up about the abuse in his childhood home when he was 15. Such a tragic start to life would be enough to ruin anyone’s dreams, but Suarez often turned to the Arts as a child as refuge and landed his first acting roles in community theatres as a teenager. He then began a career as a successful model until pursuing his greatest love, music.

Suarez had received over 10 years of classical music training before he was 16, but became sick of criticism that his voice didn’t blend with others whilst in choirs. He then fell in love with musical theatre and also discovered pop music where he could freely explore his talent. A rising star still at the beginning of his musical journey, Suarez is one to watch for the future. 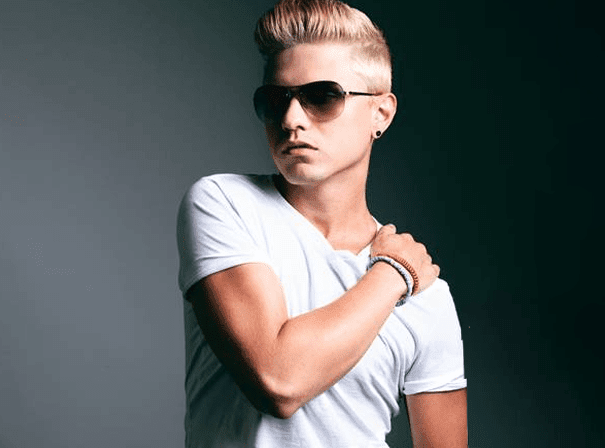